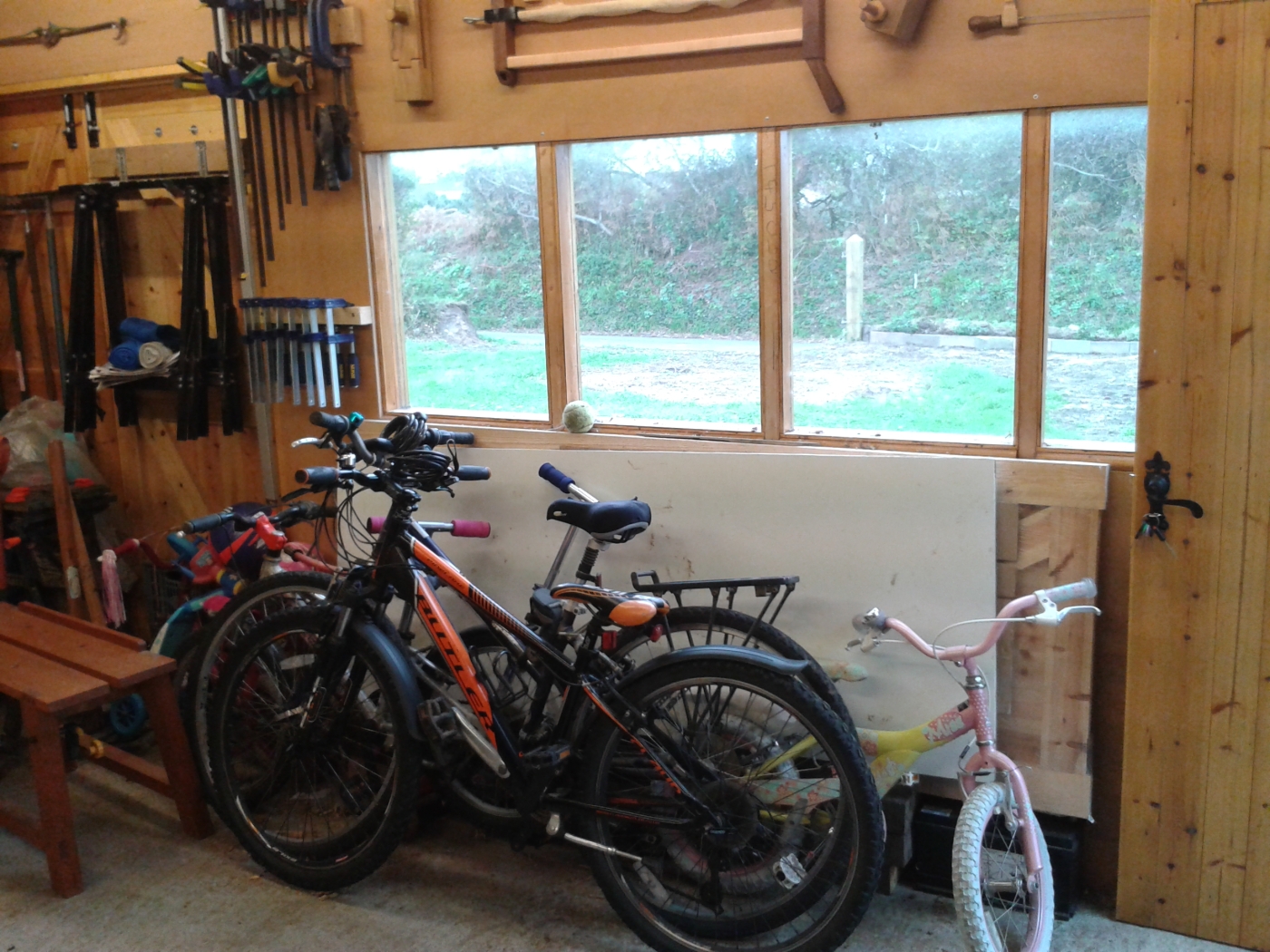 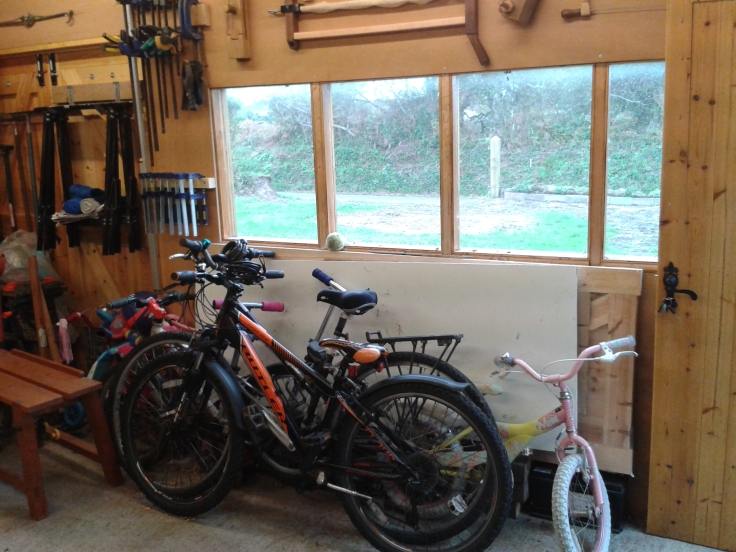 For some time now, I have wanted to build myself a proper woodworking bench. Nothing to big – I haven’t got the space – but a small, solid bench, along the lines of the Petite Roubo. I’m thinking about 5 feet long, 18 – 20 inches wide and just shy of 3 feet tall. The top needs to be about 4″ thick and the legs roughly 3″ by 5″. The top would be attached to the leg assembly with through dovetails and mortices, and there would be stretchers on all four sides supporting a low shelf. I also want to make and install a leg vice, and conceivably a sliding dead man, although the bench may be too small for that. I already have a vice that would do as an end vice and I would drill and array of dog holes along the front edge of the top. I don’t want a tool tray, but I might make a small rack to go along the back edge, to keep chisels and squares etc. safe while working.

n’t scratched together all of the necessary materials. I have three large pieces of soft wood, about 7″ by 3″ by 5′, and I also have a large slab of elm, about 1½” by 20″ by 5′. Laminating these together would give me a decent bench top – I just need to source some timber for the legs and stretchers.

The reason I have been busy is that I want my bench to sit under the window of my workshop. Unfortunately, as you can see, that space is currently occupied by pesky bicycles of all things. I’ve said from the start that these dratted things have no place in my workshop, but I was out-voted by Goatgirl and the kids because they have no where else to live (the bikes that is).

The only way that I could free up the desired space would be to build a bike shed first. Luckily, when I built my workshop I made provision for this by leaving a gap between the workshop and the house. Unfortunately, before I could start on the bike-shed, there was another job to do.

When I applied for planning permission to build my shed, a requirement of the application was to extend the domestic curtilage of the house, so that the workshop would be on the house property, and not on the garden property, which is designated for horticultural use only. Unfortunately, when the permission for the workshop was granted, it came with a caveat: the garden had a gateway onto the road which, once the curtilage was extended, was now on the house property, and according to reasoning too damn triksy for me to follow, this could not stand. The upshot of this is that I have to move a 5 metre gateway from one side of a gate post to the other. Bloody red tape! I’d like to strangle them with it! 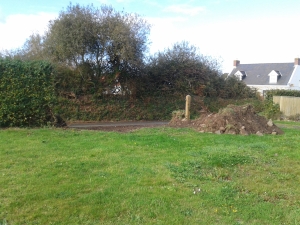 So, in order to build my bench, the first order of business was to hire a chap with a digger! He removed the hedgerow for the ‘new’ gateway, and dumped it to one side. Then, I built this year’s winner of the “Worst Looking Wall Award” (I didn’t take any pictures) that would be the core of the new hedgerow that would block up the ‘old’ gateway, before embarking on a back-breaking few days of separating the spoil heap into earth  for back fill and to level the garden, and granite which I had to barrow to the top of the garden.

Any passersby who asked what I was doing got waylaid for an inordinate amount of time while I spleen vented about the inequities of our planning and development laws and directed hatred and fury towards the bloody-minded bureaucracy of civil servants. I probably invoked Kafka and Orwell at them while they smiled nervously back at me before making their excuses and hurriedly leaving me to it. I was raging.

Anyway, with the boring groundworks out of the way, I could turn my attention to the altogether more pleasurable task of building a bike-shed. I first dug out the area slightly and constructed a timber frame from treated joists, tied to both the house and the workshop’s concrete base. This was then covered with decking and then I built two stud walls, front and back. The roof is simply three rafters, and half a dozen battens topped with translucent corrugated sheet. 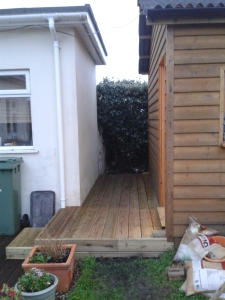 The walls were finished with feather-edge board to match the workshop, and it was time to hang the door. Finally, I put in the wiring for the lighting, which consists of two fluorescent tubes on the inside and a halogen light on the outside. At the same time I was able to conceal the main feed to the workshop which was previously just dangling across from the soffit on the house. 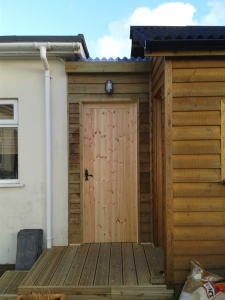 …and my shed is now ready to receive a workbench! Hurray!

…the is project might have to wait for the new year….

…I might be a little distracted with my new toy you see….

…I’ll post properly about this in due course, but…

7 thoughts on “I’ve been busy”