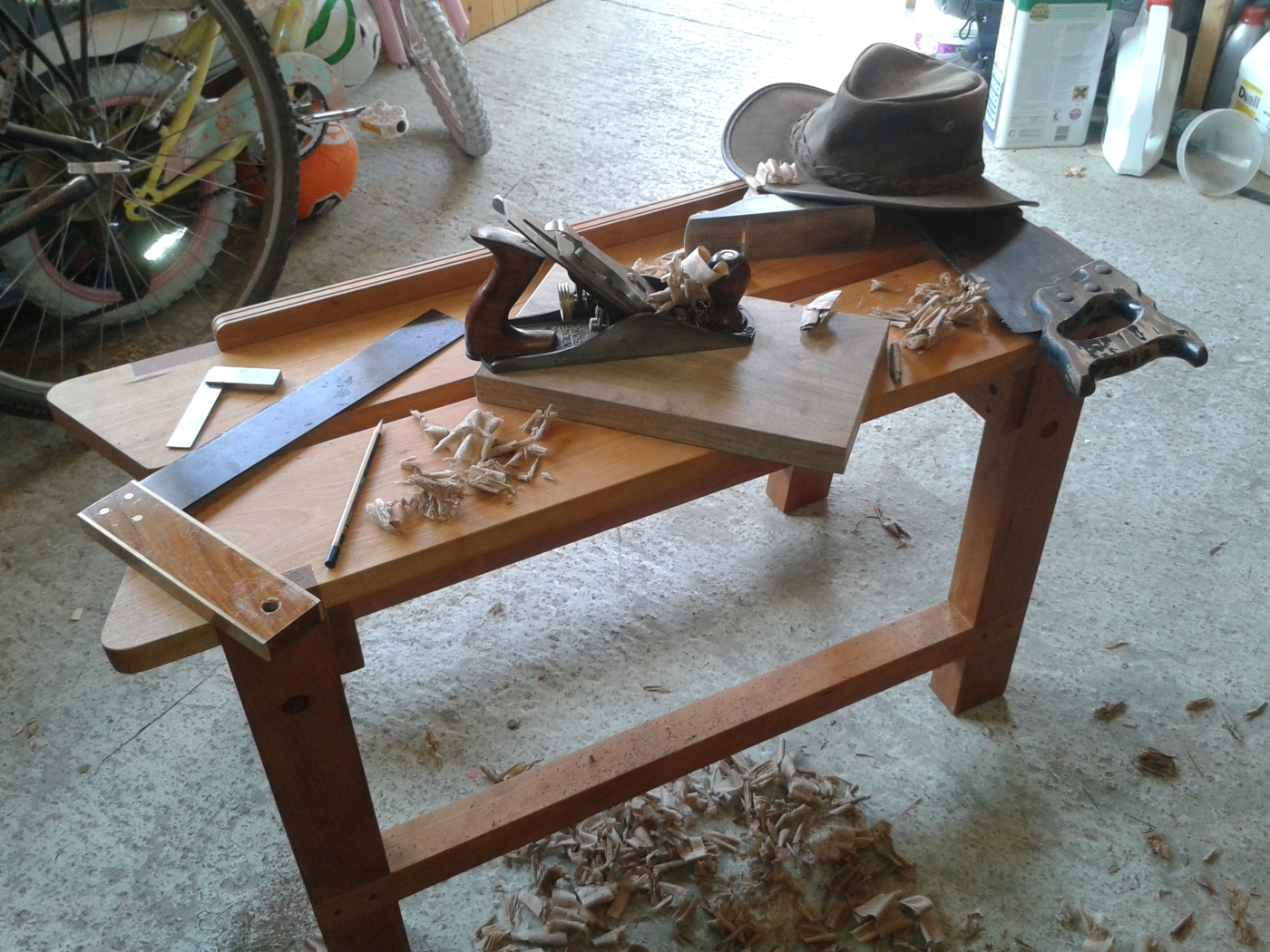 I haven’t had time to post for a while – lots going on – but I thought I should drop down a couple of lines on how the Biltong Slicer project is going.

This is the design I eventually came up with, and as you can see the design features that set it apart from the other one are: 1. the blade is integral to the 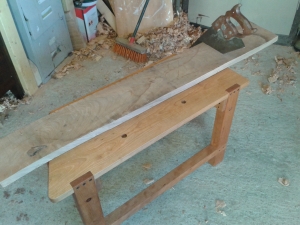 handle, 2. the base is shaped, rather than oblong, 3. the cutting board is more rustic than the original, and 4. the base includes a bowl, for the slices to fall into.

I began by making templates for the component parts, first on tracing paper, then onto 6mm ply. This is so that I can reproduce the parts if I should make a mistake, or even if I want to build another one in the future – you never know! 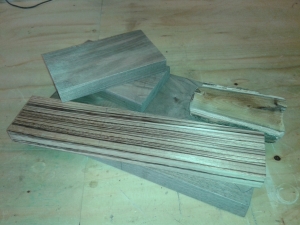 I then cut the components from a raggedy piece of walnut on my new Sawyer’s Bench, resawed them where necessary using the Kerfing Plane and Frame Saw, and dimensioned them. I did the same with the zebrano and acacia until I had the five main components i needed.

Then, using a gouge, I carved out the depression for the bowl, scraping and sanding until I had a decent finish. My next job will be to chop out a thin mortise for the blade and drill holes for dowels to join all the pieces together.