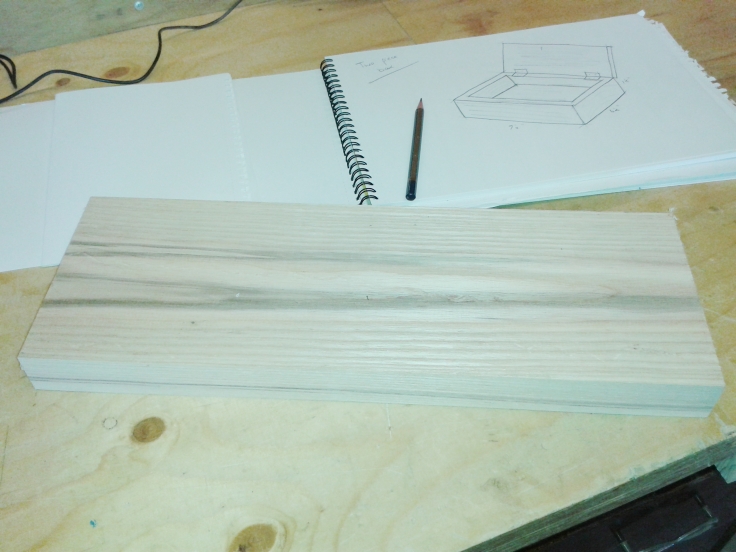 Up until now my cabinet scrapers have been sitting in the plastic packet that they were bought in, which is far from ideal. I decided that they needed live in a small wooden box in my tool cabinet.

After mulling over a few design and material options I settled eventually on a two-piece box made out of ash.

The pictures pretty much speak for themselves. The box itself is made from a single piece of ash, hollowed out with a chisel and refined with a router plane. The lid was resawn from the remainder of the stock. I burned the shape of a gooseneck scraper into the lid before finishing with shellac and wax. Not a bad little project, and much needed.