Whilst I was in the middle of the boat project, a friend approached me about commissioned a piece for his daughter’s birthday. The project had to wait a while because the deadline for the boat was looming, and I had a couple of other bits and pieces to finish up for a crafts fair, but as soon as I could I got started and that is what I have been doing for the last couple of weeks (as well as painting the house and cutting all the roadside hedges!)

The design remit for this project was very broad – I was given carte blanche in fact. Eventually I settled upon a jewelry box, in the style of a pirate’s treasure chest, and I have to admit that it was something of a challenge.

As with any project, I began with sharpening my edge tools – bench chisels, smoothing plane and block plane – as well as giving a couple of saws a quick tune up. With that done, it was time to prep the stock in readiness for the joinery, which in this case consisted of dovetails and housing joints. I chose ash for the main box and lid, but I quickly realised that my original design was going to be far too bulky. I therefore reduced the dimensions by about 25%. 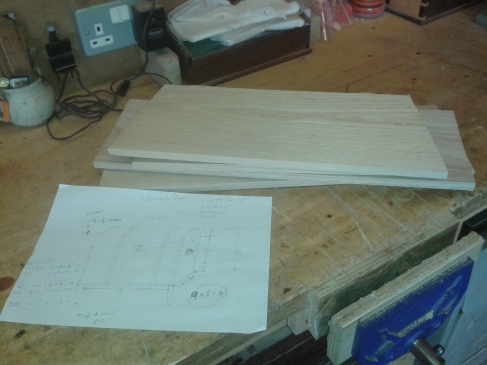 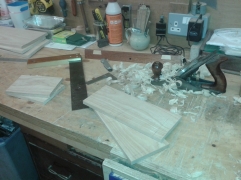 I am posting lots of photos of the various stages of construction because I am told that the recipient will get a kick out of seeing how her box was made. I can understand that and I’m only too happy to oblige. 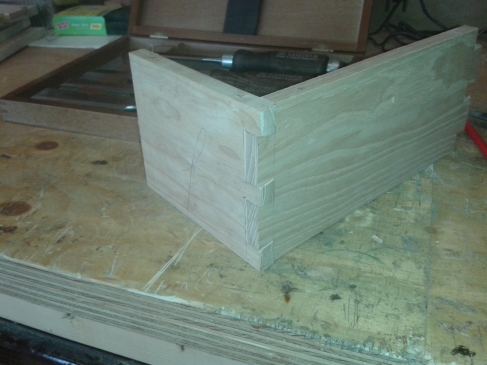 With the dovetailing done, I moved on to the housing joints for a block of cherry that will sit inside the box and act as a holder for some small lidded boxes.

Next, I glued some small pieces of ash inside the box, that will eventually support the lid to one of the compartments.

With the joinery all done and the four sides of the box completed, I sanded back the interior faces and got ready for the glue up.

The next stage was going to be tricky – the curved lid –  and so while the glue was drying, I made a beeline for the computer to figure out the angles on CAD.

The lid construction the lid is a post in itself, so come back tomorrow and we’ll take a look at it. 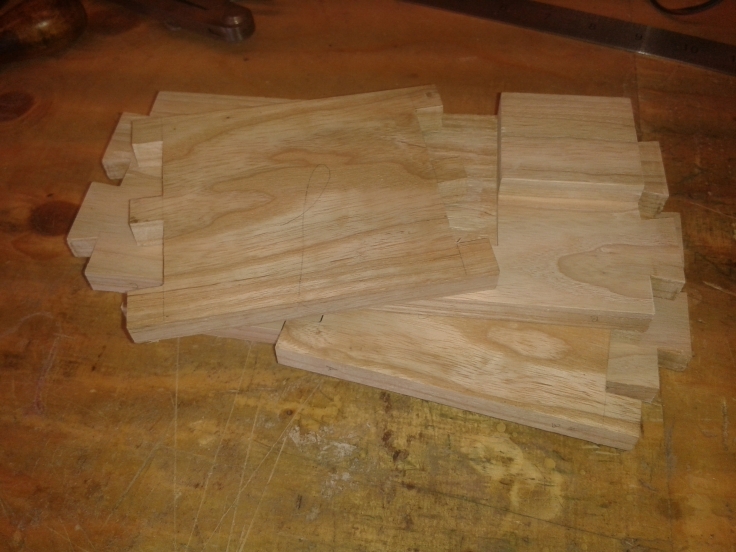