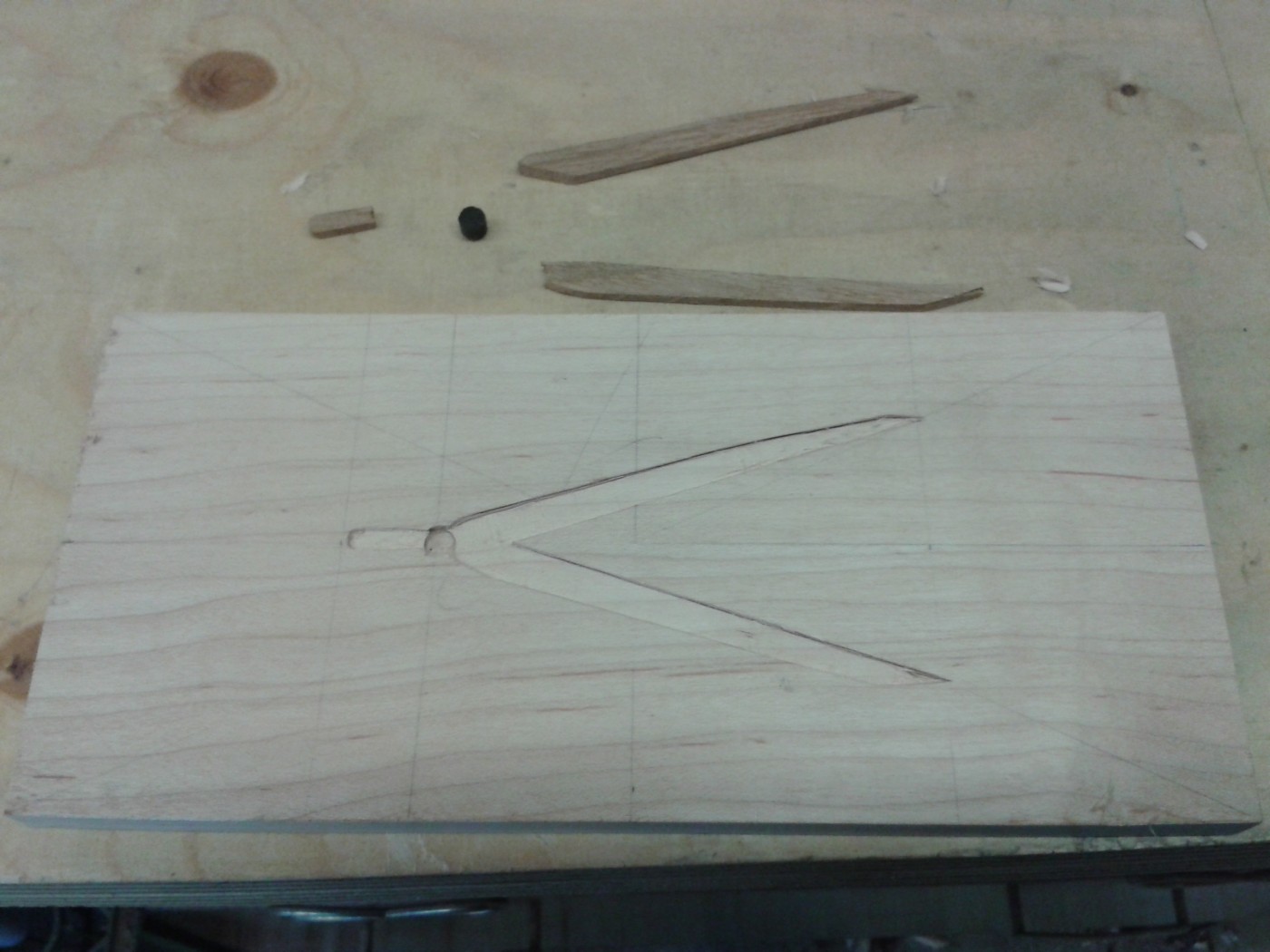 This box began as merely an exercise in practising dovetails. I had no idea of my first efforts at dovetailing would be good enough for this project to be anything other than scrap. Now I’m not saying that my maiden dovetails are 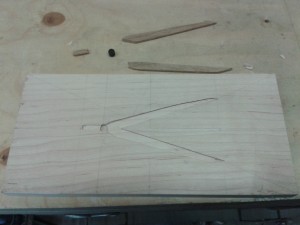 Then, it came to me. I have a number of small tools that I use for marking out –  dividers, compasses, square, knife, and my dovetail template among them. This box would be perfect to store them in. It could sit on my bench, keeping dust and moisture off these tools until they are needed.

It was at this point that I decided to decorate the lid of the box appropriately. I settled on stylised dividers made from oak and ebony, and inlaid into the lid. 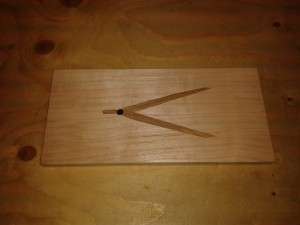 I had a thin piece of oak offcut kicking around and a small ebony pen turning blank. I made a paper template for the legs of the dividers and used that to cut them from the oak offcut. For the ebony ‘hinge’ I ripped a small pice of ebony from the blank, about 6mm by 6mm by 30mm and hammered it though a 6mm hole in a metal hinge. The result was a small ebony dowel that I could cut down to size and insert into the lit.

I used the oak inlay pieces to mark out the recesses on the lid with a knife and then chiseled them out. The pieces of inlay were then glued into the recesses and, when dry, planed flush. All that was needed then was to round over the edges and I was ready to fit the hinges.