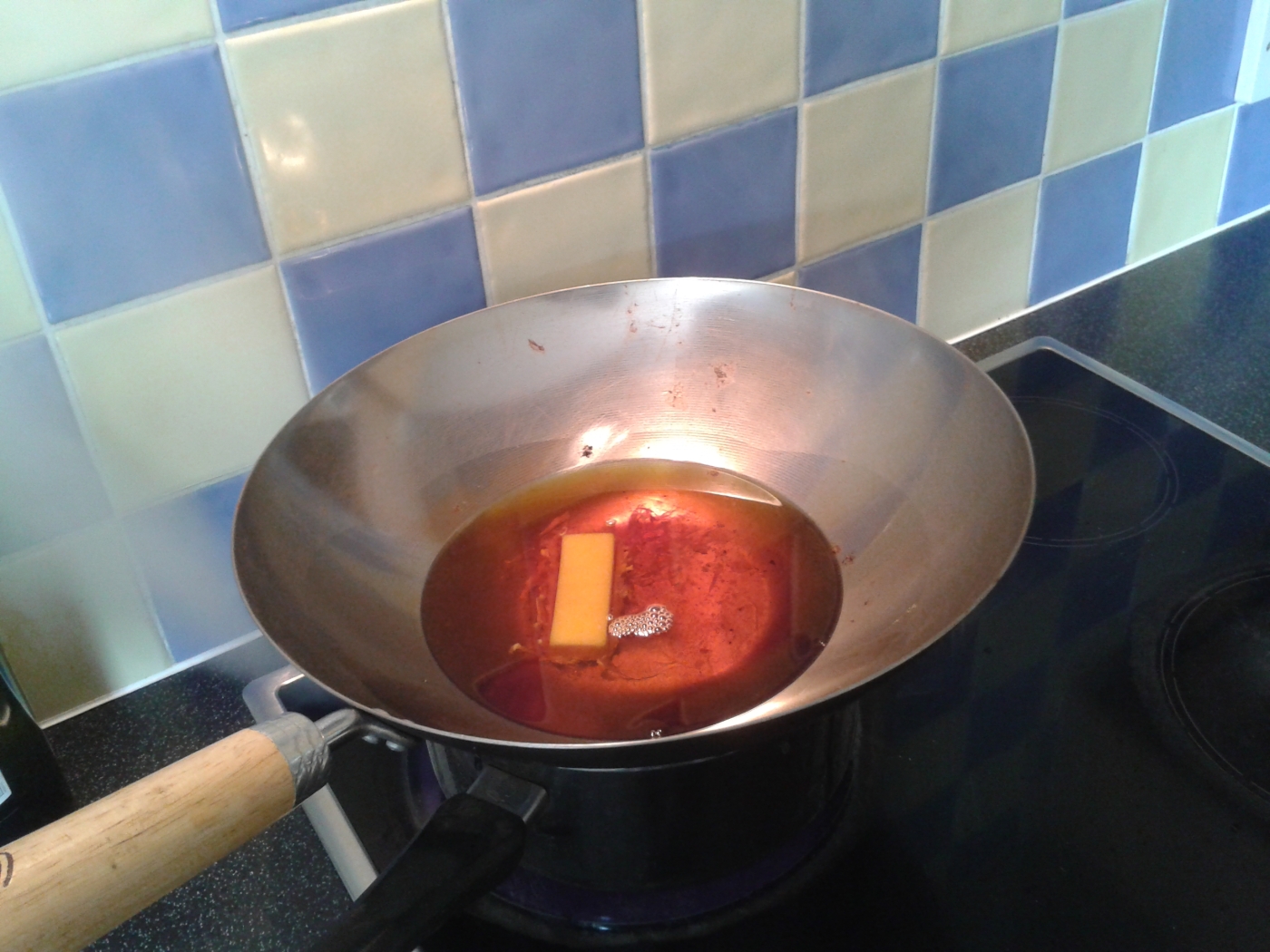 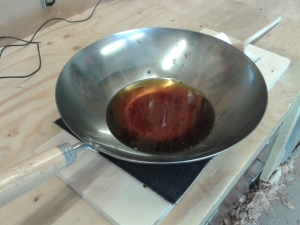 This is my last post on the Sawyer’s Bench because, barring further coats of finish, the project is complete.

I wasn’t sure what finish to use on this project. Tom Fidgen didn’t put a finish on his apparently, but I asked him for advice and he said that he would use a boiled linseed oil and wax mixture.

Luckily, I had a few blocks of 1oz. beeswax and some linseed oil so, when I was ready to finish, I set about making my own concoction. I went for an 8:1 mix of oil and wax, mixing them by heating them in an old wok over a pan of boiling water on an electric hob. A gas hob is not advisable as boiled linseed oil is flammable.

With the finish still warm, I applied it with a lint free cloth, then after ab

out 30 minutes I buffed off the excess with a clean cloth. I’ve never worked with this kind of finish before, and whilst I’m happy with the silky smooth results, in retrospect I think that I should have used less wax. I found that as soon a the finish hit the cold wood it congealed, so working fast was necessary. More than once I had to carry the mixture back into the house to reheat it as it was solidifying in the wok. I stored the left overs in an old coffee jar.

Anyway, here is the finished result:

At the time that this picture was taken I had applied one coat of the wax/oil mixture. I have since applied a second coat, leaving 48 hours between. I think 24 hours would have been enough but I was busy the following day. I will likely apply one more coat before calling it a day and moving on to something else.

On the whole, I would class the project as a success. That joint that I was worried about seems to be fine, but there are a couple of superficial things that I’m not entirely happy with. I used three pegs when doweling the legs to the top boards, but I think two would have been better, and they would have matched the ones joining the legs to the stretchers. Also, if I were to repeat this project (which isn’t impossible, after all, two saw horses are better than one for larger projects) I might try differing materials for greater contrast between the top boards and legs. As I say, this is all superficial and because this will be a workshop aid and not a piece of furniture, form very much follows function.

On a more positive note, I am quite pleased with myself in that the only electricity used in the making of this project was for the lights in my shop and the hob to melt the wax with. That’s about as unplugged as I’m going to get.