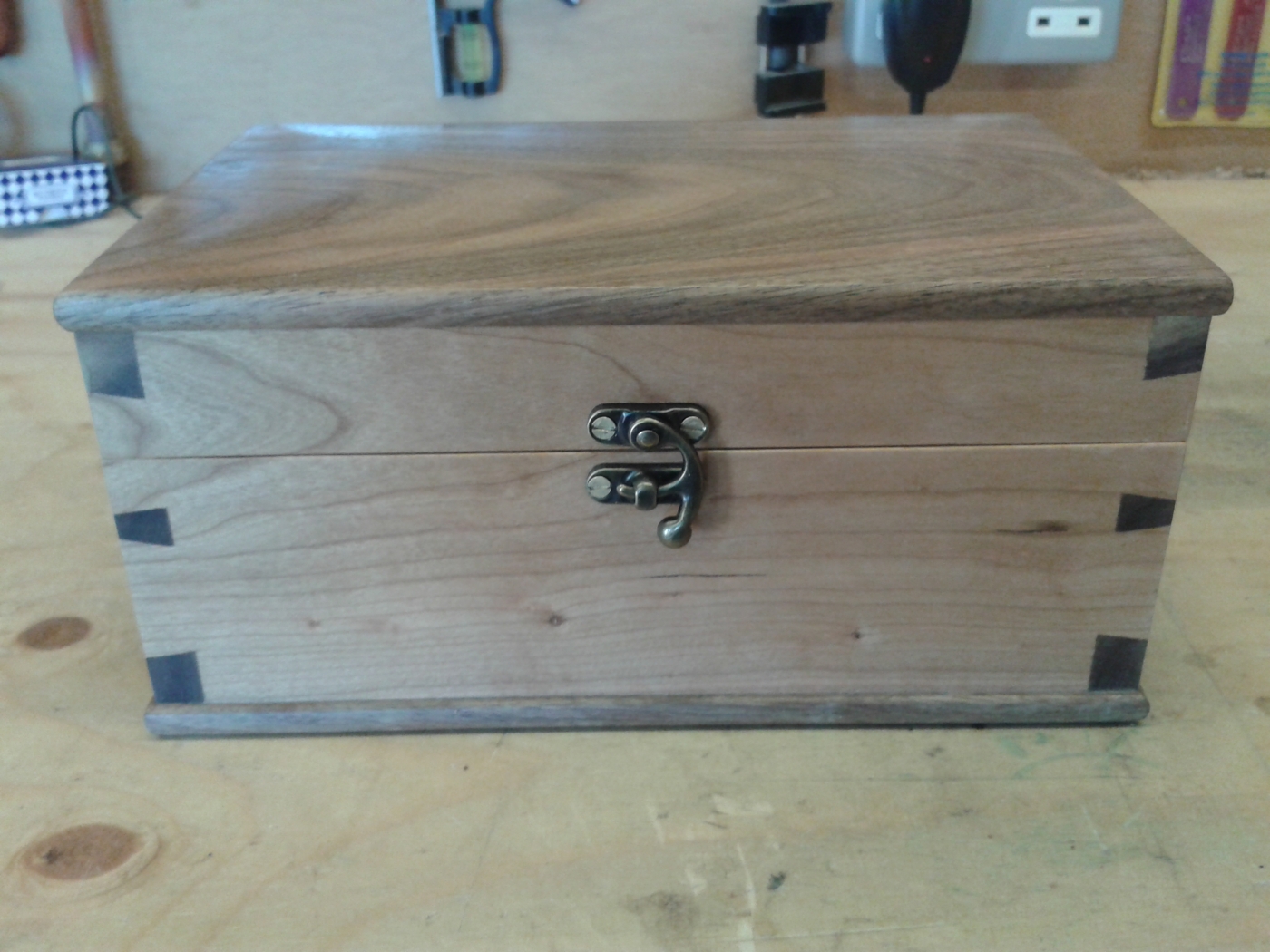 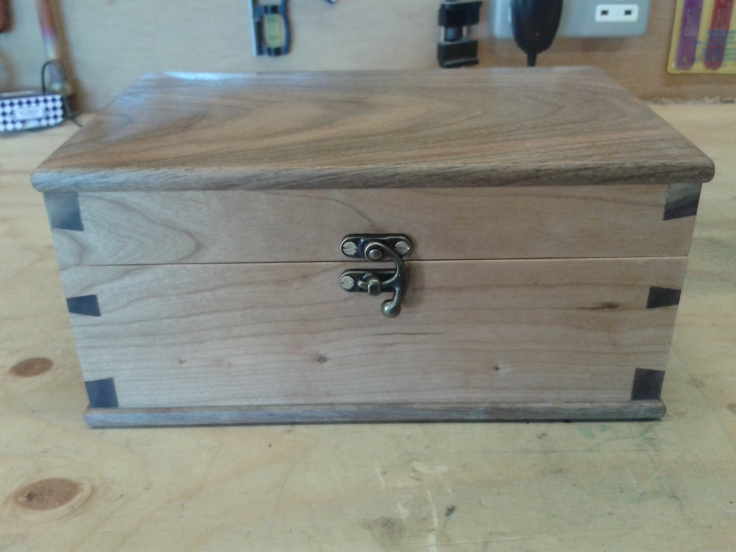 When I built my Sawyer’s Bench recently, I got hold of some Miller Dowels. These are special stepped dowels with annular grooves to help displace excess glue. Because they are stepped, there is less friction when pushing them home, but once they are pushed in tight there is plenty of friction for a strong joint. 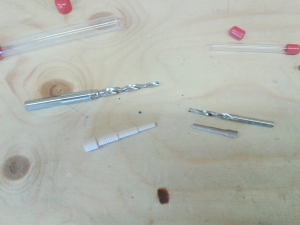 There are three sizes, and each need a special bit to drill the stepped hole. I made use of the small and medium sizes for my bench build, and although I only used walnut dowels for that project, I ended up with birch and oak dowels as well.

I thought it would be a nice idea to have a nice box to keep them in, with compartments for the different species and size of dowel, as well as somewhere to keep the drill bits. 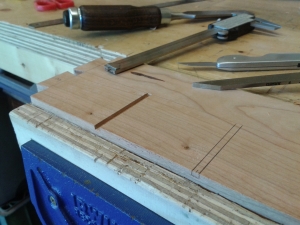 I chose walnut and cherry for this project because that was what came to hand. I needed to do a fair bit of resawing and dimensioning for all the component parts, but once that was done is was onto the fun part – cutting the dovetails. With that done, I needed to cut some very narrow housing dadoes to take the separators for the different compartments.

I decided that instead of a flat lid for the box, I would assemble and glue the box and then cut it in two, so that the lid would have some depth to it. This way, I could store the drill bits in the lid with some spring clips.

I used some small brass hinges to install the lid, and what I thought was a brass catch. I bought the catch from eBay for a pittance because it was advertised as brass. However, it is magnetic so it must be some kind of brass effect. Nevermind.

I used my new brand to mark my work and then applied three coats of shellac and some furniture polish – job done!