We’re cooking on gas now! The final component for the bench was the leg vice, and in an earlier post I showed how I had cut the threads for the screw and nut so that I could install the nut in the leg. Well, as well as a screw, the vice needed a chop and a hub…

…and the chop needed a parallel guide and a brass pin…

…and the hub needed a tommy bar and a garter.

So, more of a sub-assembly than a component then. Best get stuck in.

First off, I dimensioned up a nice thick piece of oak for the chop and marked out for the 1½” hole that the screw would pass through. Once that was drilled out I moved onto the hub. I chose piece of walnut for this and drilled out a ¾” hole for the oak tommy bar.

Once I had turned the hub to round and shaped it on the lathe I was able to bore the 1¼” hole to take the shank of the screw. Next I tackled the metal work, which was the garter that would keep the screw and chop together when in use. 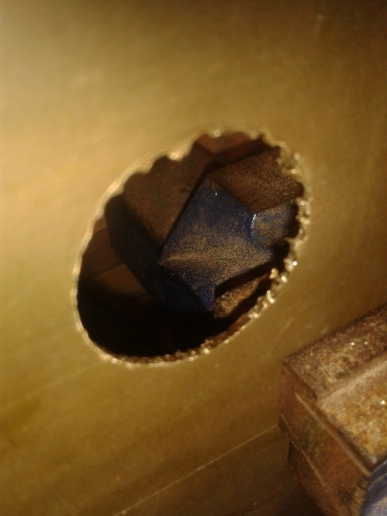 I had a thin sheet of brass on hand so I began by marking out for the hole by scribing a circle with a pair of dividers. The hole needed to be ¼” or so smaller than the shank, in this case 1 ¼”, and the only way I could do this was by making a series of small holes on the scribe line, punching out the waste with a nail set and cleaning up the edge with a file. 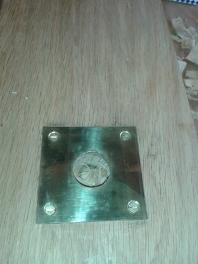 Feeling that the brass sheet was a bit too thin on its own, and liable to bite into the shank, I decided to thicken it up with a scrap of timber that would sit behind it and not be seen. I glued to two pieces together and drilled and countersunk a hole in each corner so that I could screw it to the chop. Just to go the extra mile, I rebated the whole thing into the face of the chop. 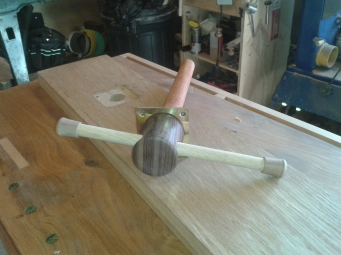 I put the screw back on the lathe and turned down the shank to fit the hub, making sure to allow ¼” extra length for the garter. With the hub and screw glued together I was able to bore out the hole for the tommy bar through the screw. I made the tommy bar in the same way as the one for the tail vice. I tested that the vice was working nicely, and then started thinking about shaping the chop.

I got as far a marking out the shape before buggering off to France for two weeks.

The bench would have to wait. 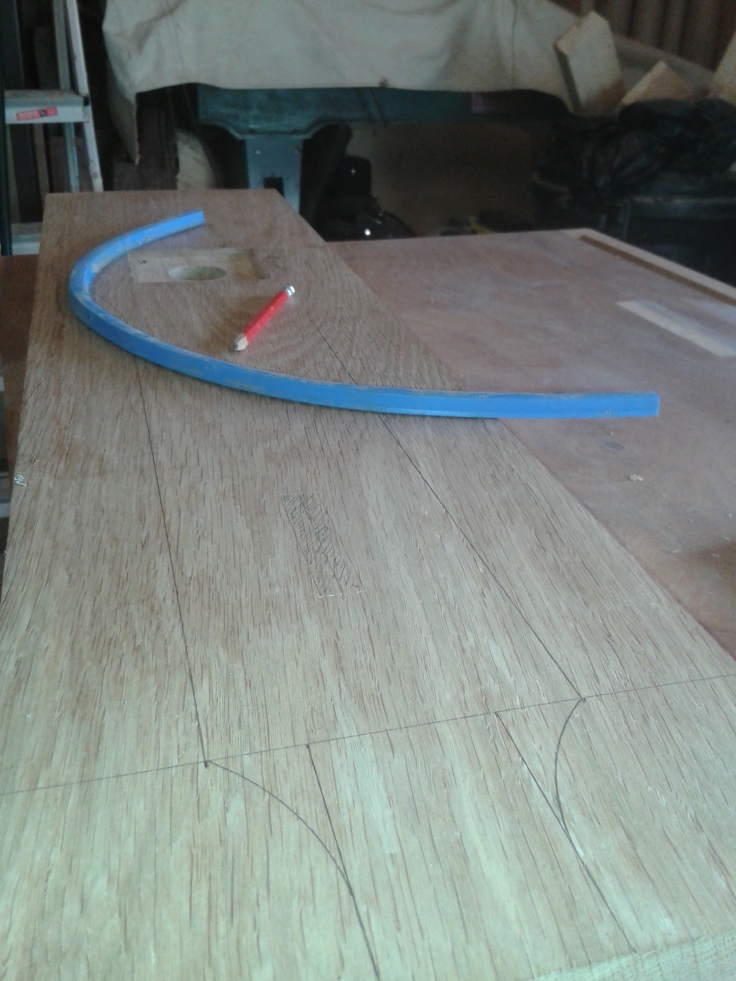